As a premier DJI repair facility, there has been a recent spike in firmware related issues specific to various current DJI products. The issue is classified as critical due to the high probability that numerous hardware components and functions are rendered inoperable following updates even when successfully completed.

Issues we’ve encountered on nearly all submitted DJI repairs in the last 10 days included some or all of the following:

-Loss of all camera focus capabilities

If your DJI aircraft is not running the most current firmware we highly recommend not updating it and contacting us immediately. DJI has confirmed the issue is widespread and their course of action is to attempt a roll back on the aircraft to the previous version suggesting this will temporarily solve the issue. We know for fact it will not and their second and final option is to send in the aircraft for repair which is forwarded directly to ASIA as DJI does not have a solution.

Fortunately we have solved this issue and have successfully restored all functionality on the latest firmware for all out customers that have encountered this frustrating issue. The resolution is time consuming but extremely effective. If you would like to avoid the issue completely or are currently grounded due to the issues listed above, contract AerialPixels today and get back in the air in as little as 24hrs. Our flat fee for this repair is $125 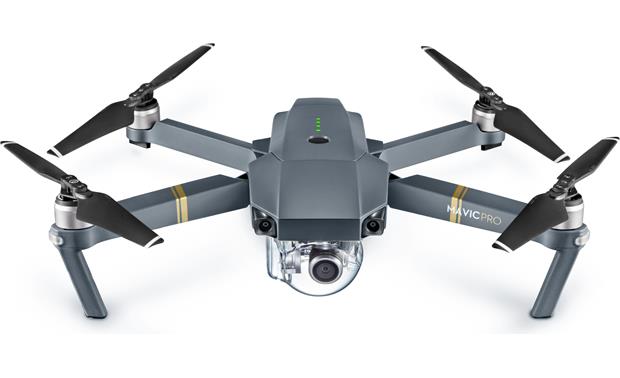 In this post we will be replacing the DJI Mavic Pro camera gimbal ribbon cable. While the DJI Mavic Pro is rapidly becoming one of the most popular drones among enthusiasts and pro’s alike, it’s also among the more difficult drones to work on, and replacement parts are nearly impossible to come by. Despite sporting forward facing obstacle avoidance, the Mavic Pro’s camera is incredibly prone to damage. In fact, nearly all Mavic Pros we see on a daily basis have some type of camera related damage.

In this post we will be removing the gimbal to perform a repair. Gimbal damage can cause some extremely small and fragile connections to become severed resulting in a loss of video, loss of stabilization, or both. This customers Mavic still had a working video feed. We sourced a replacement gimbal ribbon cable to restore the gimbal’s stabilization to factory performance. In this image we have removed the top of the Mavic to reveal the very thin ribbon cable connections.

After removing the screws that secure the gimbal mount as well as the electrical connections, the gimbal can be removed from the aircraft. To separate the gimbal from the mount, we use tweezers to carefully unhook the vibration isolators. The ribbon cable we will be replacing is easily recognized by the white writing.

With the gimbal removed and rotated, the interconnect panel above is visible. Notice the multi-strand cable toward the center left. This is the HDMI ribbon cable which carries the video. Fortunately this cable is intact. These individual strands are nearly impossible to repair if broken.

With the mount separated from the gimbal, the ribbon cable is more easily seen. This cable is approximately six inches in length and has numerous connections which must be routed carefully through various openings. Since all 3 axis of motion rely on this cable, any damage will render your mavic useless. The design leaves much of the cable completely unprotected as it wraps around the lens with slack to allow for unrestricted movement. Pictured here is the end of the cable prior to removal.

With the cover removed, the multi-strand HDMI cable is exposed. Notice the black ribbon cable which wraps around and across before terminating into a silver tab located in the open rectangle. This is just one of several connections which must be carefully handled both during removal and reinstallation of the new ribbon cable. It’s worth mentioning that the HDMI cable can easily be damaged from handling or while reinstalling the covers which can pinch the strands.

With the ribbon cable replaced, we reinstalled the gimbal and reconnected the wires. We powered it up, confirmed the gimbal was operational, and went the extra mile for our customer by updating the firmware. After the update, all sensors were calibrated and the aircraft was test flown. Best of all, the entire repair was completed the same day our customer dropped it off for repair.

For guaranteed repairs in record time contact AerialPixels or visit our Los Angeles location in person. 800-411-9635 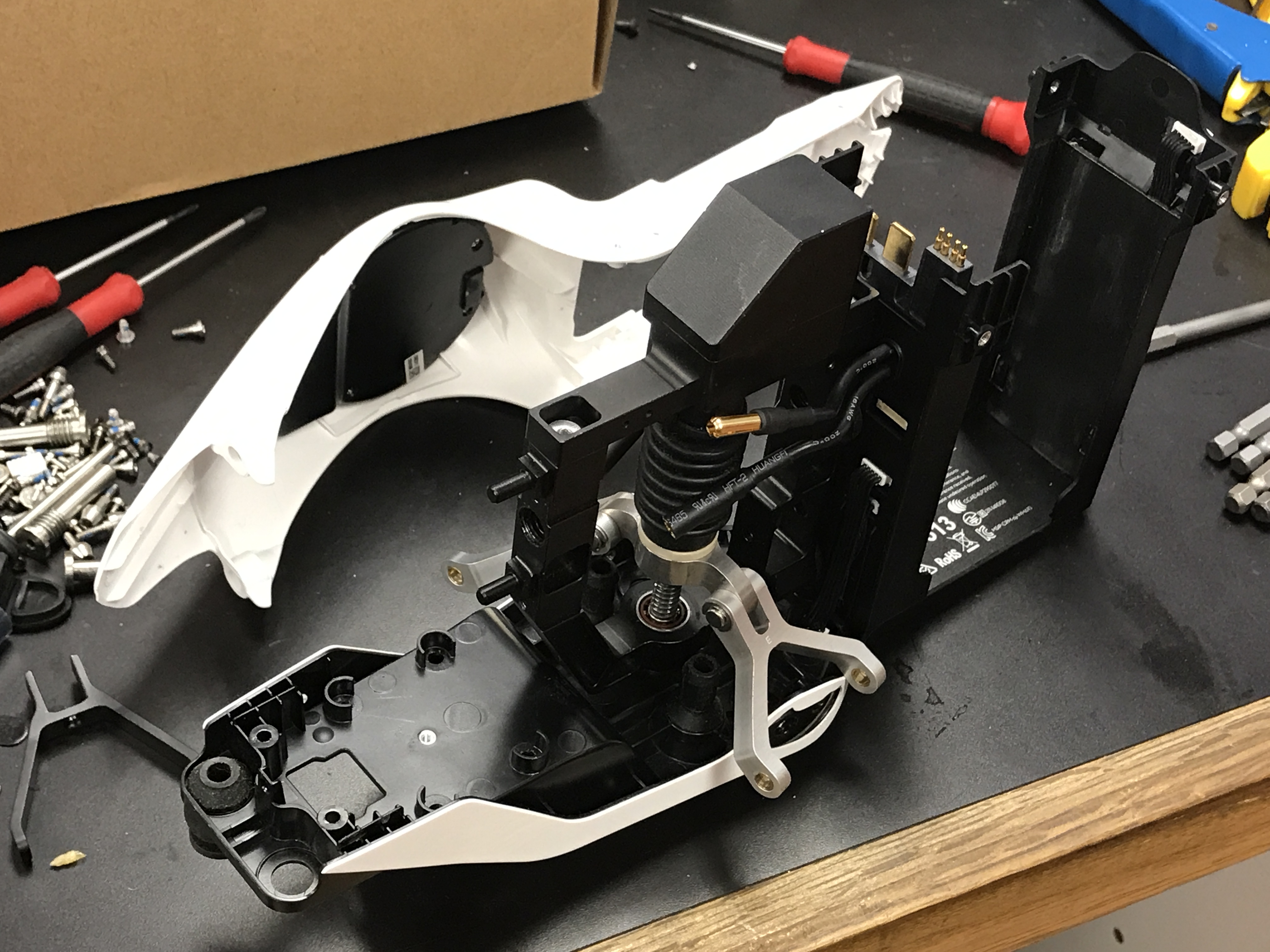 We received this Inspire 1 for repair and thought it would be cool to show a few images of the repair process. The crash damage was extensive and is a perfect opportunity to get an inside look at the Inspire 1. Once we received the aircraft, a detailed estimate outlining all the repair costs is emailed to the customer for approval. We sourced the internet for replacement parts and received them in 3 days. This repair took aproximately 90 minutes to complete and the customer was back in the air in less than a week!

The crash damaged the retractable landing gear lead screw. Unfortunately this component cannot be repaired and must be replaced. This part routinely sells for nearly $400 dollars. We were able to locate a brand new one for our client for $160.

Also damaged in the crash is the forward battery compartment upright. This component is located directly below the copper tabs that engage the battery pack. The pins displayed here align with holes in the Inspire 1’s white canopy and keep it aligned. Since these are bent, the Inspire canopy appeared to be twisted.

The electronics distribution PCB board was transferred from the plate with the bent pins. Due to the location of this component, all electrical connections in the Inspire 1 must be carefully reconnected. The cables going to the GPS and the vision positioning system are especially fragile due to their length being “just long enough.” The GPS cable on this aircraft was damaged and was repaired in house to brand new condition since a replacement was unavailable.

The N1 flight controller includes four antennas. These must be carefully removed before setting the N1 aside to replace the retractable landing gear mechanism. Any sharp bends or kinks in these cables will result in decreased range.

Here we can see the Inspire 1 with the N1 flight controller removed.

After completing the repair, a full system check is performed. Firmware updates are installed, followed by an IMU, GPS and camera calibration. A test flight is then performed.  This Inspire 1 is ready for action once again. Total repair time including shipping of parts was 4 days and we saved the client $250 off the parts.